Hello and welcome to this short guide that will help you get one step closer to the weekend league rewards of your choice. It doesn't matter which tier you currently rank in, spend the next five minutes reading this article and we are sure you will have improved your tactical prowess.

FIFA Ultimate Team : It's in the Game.

EA Sports have managed to dominate the market when it comes to football video games. And amajor credit for that goes to the Ultimate team. An in-game mode that enables players to build and manage a club right from the scratch.

Opening up a myriad of possibilities and online squads that compete with each other in the weekend league or online division matches.

And this is where our research will come in handy for you. As we took out time to try out every single one of the 30 formations available. To shortlist 5 of the most effective and balanced formations in FIFA 21 that will help you win more frequently.

A formation that has always divided opinions in the FUT community. The classic 4-4-2 is perhaps the most underrated formation in FIFA history. And that's mainly because players don't know the right instruction to set in the pre game menu.

The default pre set makes it a relatively passive formation. But a little tweaking in the striker roles with wingers cutting inside can all of a sudden make it an attacking threat.

Counter attacking football is the most reliable way of getting wins online, where speed plays such an important role. Hence this formation not only provides solidity in the defense but also some much needed width down the flanks.

Pros : Ample attacking threat in the box and outside as well. With the pace and width of full backs.

Cons : Just two midfielders out in the middle, meaningless possession and extra ball chasing that can tire the squad sooner.

Next up is a formation that recently surfaced and became massively popular amongst pros and elite players. But what makes it so special? Let's find out

Over the past few years EA have admittedly put more focus on improving the passing mechanisms so the gameplay feels more realistic. While formations with dedicated wingers can provide width the 4-2-2-2 has two additional CAMs.

Making it easy for players to dictate play in the middle of the pitch and creating space via quick one twos. However the player profile is also equally important here : Both additional CAMs have to have decent defensive numbers on their card.

Otherwise it's just about overcrowding the box with attacking players and getting exposed in the transition. Some one like inform Vidal or Rudd Gullit can surely get the job done.

Con : Vulnerable against a high press, with wingers crossing the ball over. 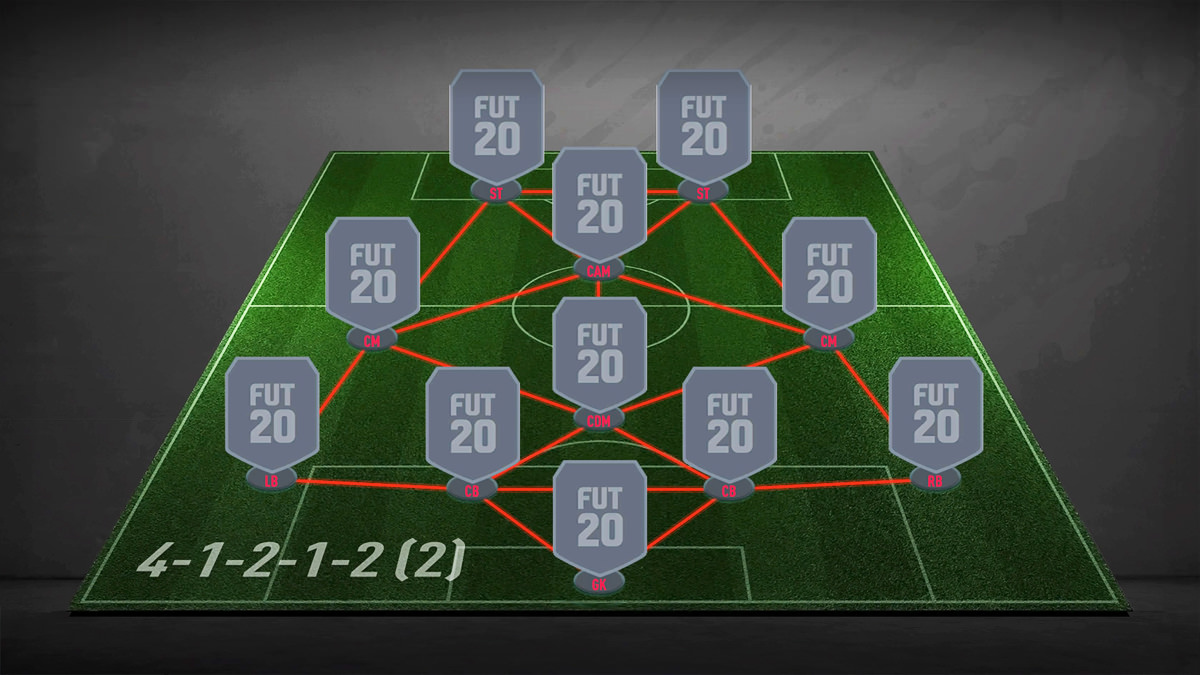 Now I've personally had massive success in FIFA with this formation over the years. And FIFA 21 is no different be it online divisions, drafts or the weekend league.

If you like packing the midfield with enough passing options to irritated your opponent and eventually force an error. Then this formation is for you!

The key here is to find a perfect combination of players that can complement and cover for each other. Some one to hold off a defender and supply passes while the other two create from the midfield. And yes two very hard working full backs for additional width.

You have to play more possession-based football. And avoid playing in a high press.

Pro : So many passing options and a perfect attacking trio upfront to give you that early lead.

Con : Highly exposed against formations with wingers and full backs bombing up the pitch.

A formation with defense in its name isn’t the most convincing option, especially in FIFA where you are always looking to outscore opponents. So why did we include it?

With this guide our aim is to provide you with 5 of the most effective and balanced ways to set up your team in FUT. And to do that we have to not only consider the attacking threat but defensive solidity of a formation as well.

And that's why 4-3-3 (D) has so much more to offer as compared to previous years. Because of new features like the Directed runs and agile dribbling the front three with good skill moves can really do some damage here.

And since this formation is naturally defensive in nature, you don’t need to worry about midfielders tracking back. As often you’ll see them sitting behind the CAM in an almost double pivot role.

Cons : The front four may feel isolated at times and tend to get outnumbered by formations with packed midfield. 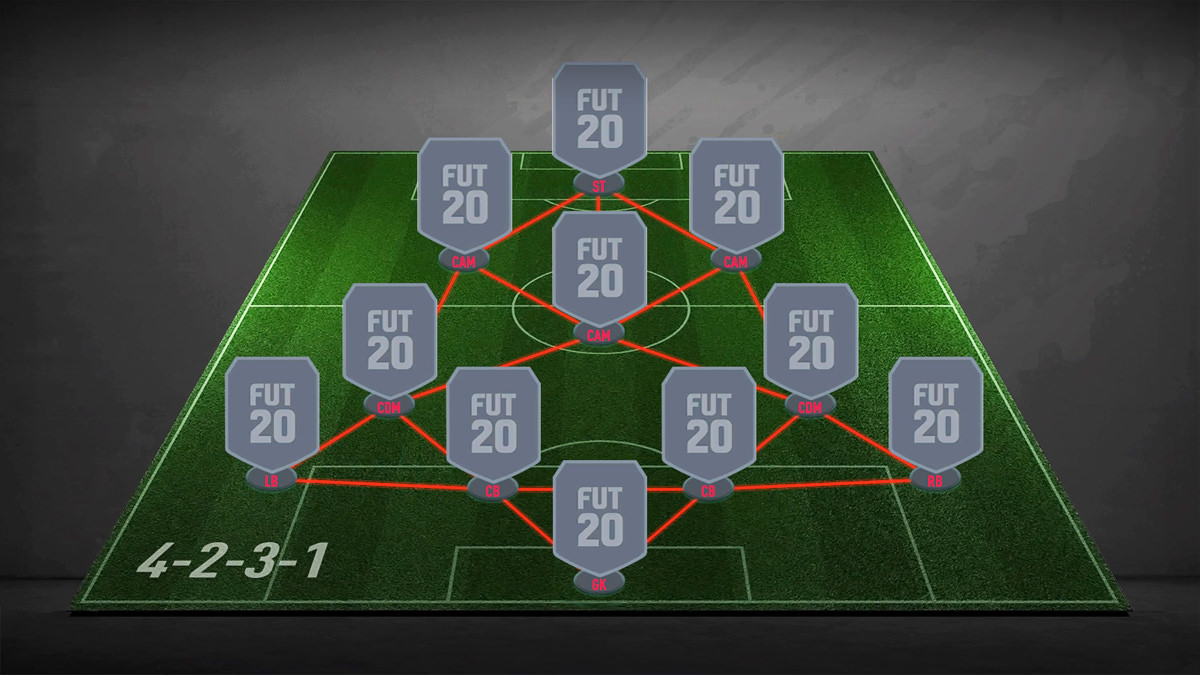 And now we discuss the most popular formation in the FIFA history the 4-2-3-1 narrow. The words effectiveness and balance perfectly suit this formation, which also makes it an umber 1 choice amongst the pro players.

We've all had that moment where we’ve hated the existence of this formation. Because of how hard it is to break down. It takes a combination of skill, patience and luck to win a game against a good 4-2-3-1 setup online.

Although there is very little scope for criticism here, I would like to point out that setting up your team this way can often take the fun out of the game.

At the end of the day it's about scoring goals and having fun. But if everyone opts for this formation then the game ends up becoming about defending and not scoring.

Which kind of defeats the purpose of a video game.

Pros : The formation gives you additional safety and great attacking threat. With players everywhere on the pitch.

Cons : It's a defense minded formation and can put you in a vulnerable spot if you concede first. Also the fact that the playing style gets cancelled out if both players are using the same formation.

There are so many more ways to set up your Ultimate team and compete online in FIFA 21. What we just suggested is only the tip of the iceberg. You must explore all the formations and then pick one that suits your play style the most.

Like I said before it's about having fun and developing your own unique style.

All the formations we just discussed have been thoroughly used by FIFA players across the globe. And if you are looking to improve as a player and still have fun at the same time then look no further than these five.

Hope you liked this article, please follow G4mmo if you need to buy FIFA 21 coins and more FIFA news.

I'll see you on the next one!