Patch Notes for Elder Scrolls Online's latest Stonethorn DLC have been released along with a number of new features and fixes. Dungeons, item sets, and new achievements are available in this 5.86GB update. When it arrives for Xbox One on September 1st, it will add two four-player dungeons, new rewards, and more. 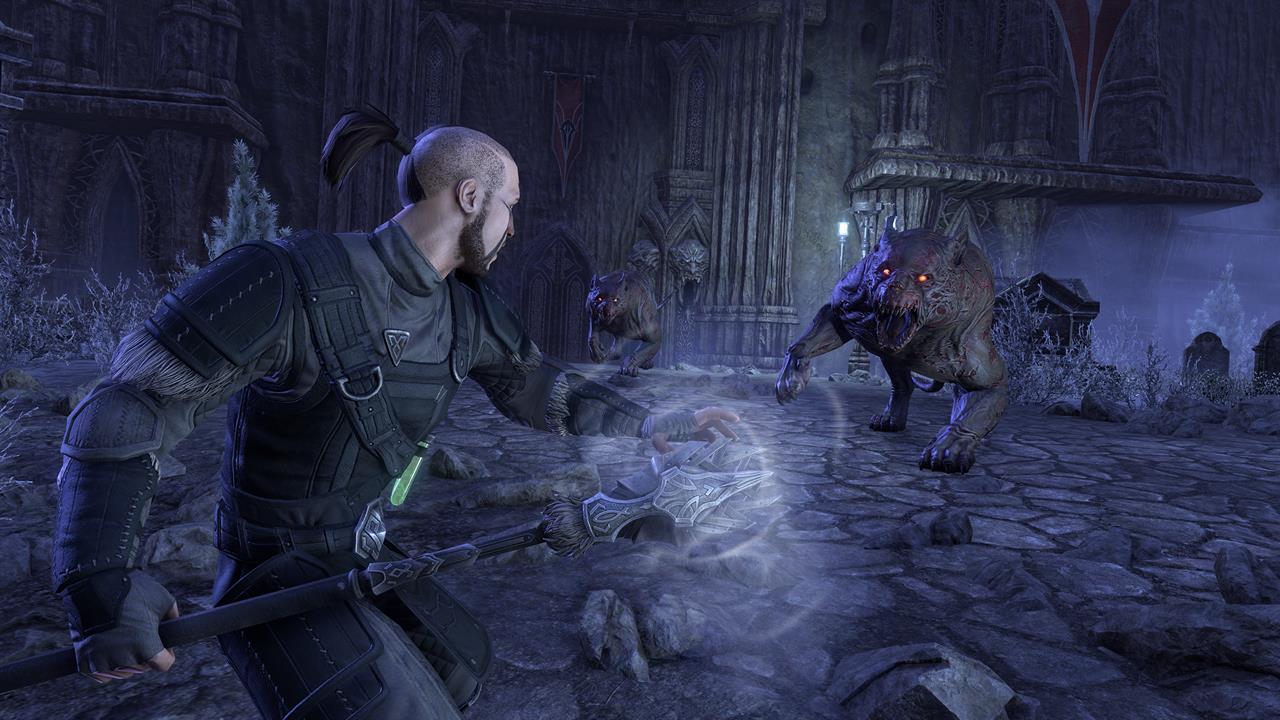 The Stonethorn DLC tells the story of Lady Thorn and the alchemist Arkasis as a vampire army prepares to march on Western Skyrim. Update 27 not only includes the Stonethorn DLC, but also some major updates for the base game Elder Scrolls Online.

The Dark Heart of Skyrim is a year-long adventure comprised of four DLC episodes spread over 2020. Harrowstorm arrived in February, adding two new dungeons (Stone Garden and Castle Thorn) and preparing players for the arrival of the Greymoor expansion in June, which brought a new antiquity system. Stonethorn adds two more new dungeons and paves the way for the final Dark Heart of Skyrim DLC, which will be released later this year in the fourth quarter.

The new dungeons are part of a larger great narrative that started with the earlier Harrowstorm and Greymoor expansions. You can continue to tackle any group dungeon without having played the previous ones as these also act as stand-alone adventures. Castle Thorn is full of vampires that Lady Thorn has called to her side, while the rock garden in Blackreach is the place for terrible experiments carried out by the crazy alchemist Arkasis in his laboratory.

Both Harrowstorm and Greymoor have added new achievements, so Stone Thorn will likely have its own list. Stonethorn is also coming along with Update 27, which adds a character pathing tool for your homestead system.