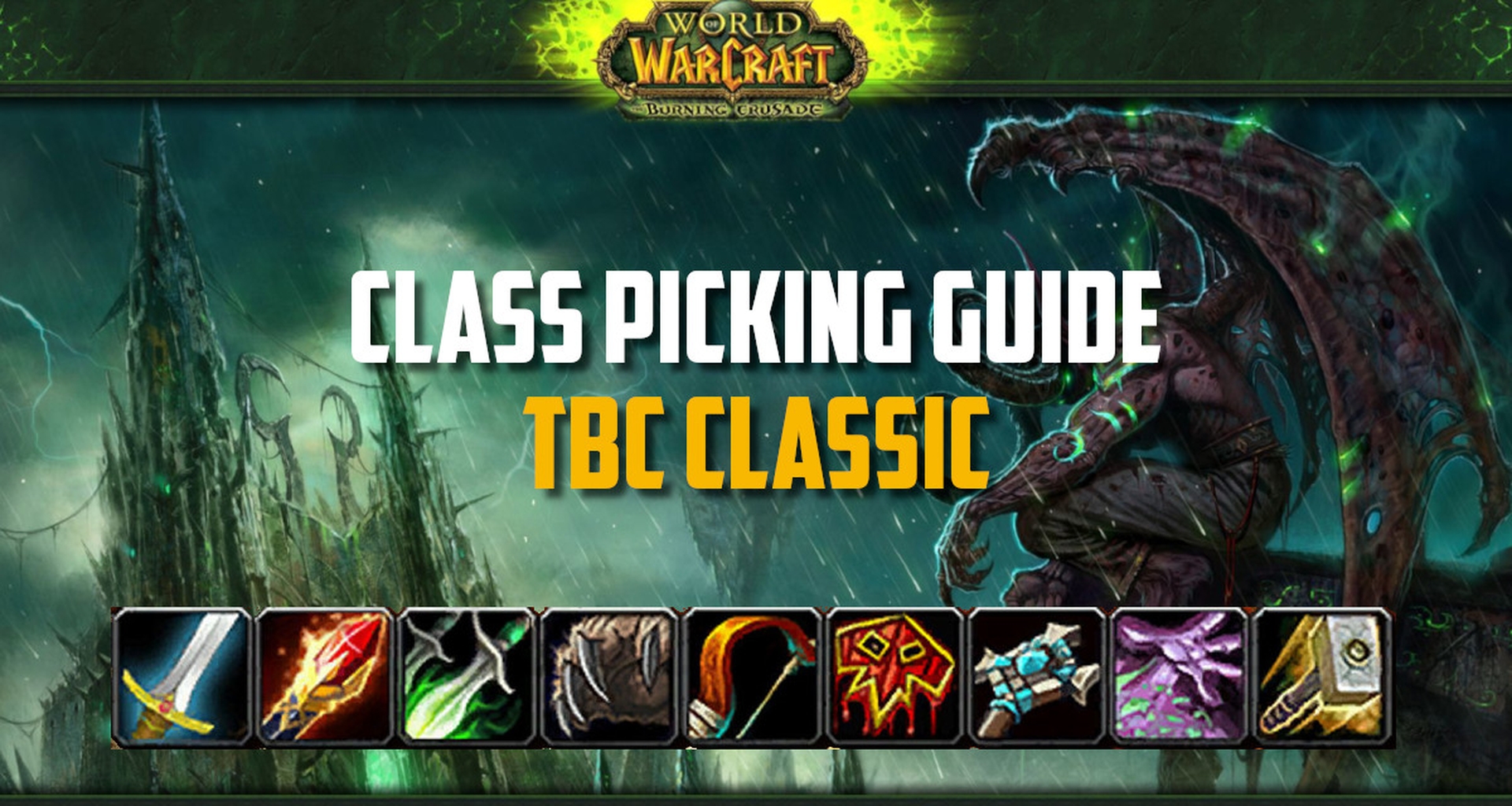 The Burning Crusade is just around the corner, which means it's time to take a look at some of the best professions in the next chapter in the World of Warcraft classics.

Whether it's making TBC gold, creating unique equipment, bringing in powerful consumables or something entirely different - TBC has a class for you.

The next chapter of World of Warcraft Classic will officially begin on June 1st, when players can finally step into the Dark Portal and relive the very first World of Warcraft Expansion. With that in mind, players will have the opportunity to explore some of the most notable upgrades, changes, and improvements to TBC aspart of a special upcoming pre-patch as a soft release for the next expansion.

When you start playing TBC Classic, you will likely want to know which professions are the best in the upcoming new expansion pack. Even if you don't care about joining a raid group in TBC, you might be wondering how viable your preferred class will be at the start of the expansion and at each subsequent phase.

Warlock: Unless Blizzard makes major changes to TBC, you can expect the Warlock to bethe most dominant DPS class in the game for quite a while.

If you're looking for the simplest form of incredible damage output, the Doom Warlock is probably your best bet, but all Warlock specs will be available by the time TBC comes out. If you don't like it, blame it on the strength of the Warlock's new "Seed of Decay" spell and some of the ways in which TBC is changing the core combat system of the World of Warcraft classics in ways the Warlock does above almost any other Option provides.

Restoration Druid is the best all-round healer in the arena. It offers a little bit of everything including powerful and effective healing over time, multiple forms of crowd control, survivability, and damage. It's hard to stick with a trained druid, and it's almost impossible to draw mana from him. The species has the ability to heal, outmaneuver, and defeat enemies.

Subtlety Rogue has one of the most versatile kits in the arena with a constant stream of crowd control and damage as well as surviv ability. The species is flexible in many top combos, combining classes such as mage, warlock, druid, cleric,warrior, and hunter. Because of her overwhelming strength, she is one of the most popular specs in the arena.

The Frost Mage is notable for being able to survive in the arena and maintain mana. The Blink mobility of the specialty, the group control of sheeps, snares, and novas, and the burst damage potential of shatter are unmatched. However, it's not the most flexible species in terms of combos, nor is it as dynamic as some of the other species on the list.

Arms Warrior is another species that can use multiple tools. Mortal Strike is one ofthe most powerful skills in the arena - it hits hard but also applies a 50% healing reduction. Despite some obvious flaws in the specification, this device will always be in demand. Warriors have a hard time sticking to goals, which can be frustrating at times.

In the meantime, Elemental Shamans are starting to grow strong due to their powerful benefits and enormous single target damage potential, but they will become less viable as other classes get better gear. That said, most raid teams will belooking for Elemental Shamans, which is great news for elemental shamans who are struggling to find permanent homes in Classic.

Enhancement Shamans and Shadow Priests are positioned roughly the same in TBC. Both are revered for their versatile tool sets that increase the damage output of other DPS players in the raid, and both are capable of holding their own when expected to cause damage themselves.

Enhancement Shamans may be the more rounded class overall, but the Shadow Priest's abilityto make the Warlock even better than he already is means every raid wants one (probably more). They aren't the stars of the show, but they are a huge part ofthe TBC PvE experience.

Rogues are a little more complex. They are excellent melee damage dealers with some incredible abilities that raid leaders will appreciate, but being more gear dependent than other classes, they won't show their full potential later in TBC.

Retribution paladins have a similar story. They have the potential to bring irreplaceable skills to any team or group, but it will be a while before they get the equipment they need to really take them to the next level. Until then, they are inferior to the DPS shaman in many ways.

While Druid players have been waiting for TBC and a chance to shine brighter than Classic, the sad truth is that Druids haven't made it to the upper tier just yet.

Balance Druids are more powerful than ever, but they still empty their mana pools asfast as any other class (usually faster). Wild Druids are theoretically improved, but only the best Wild Druid players can trump other melee classes(especially when other classes start getting better gear). However, as we'll discuss later, there are definitely other reasons to use the Wild Druid in TBC.

Finally, we have the Warriors. The sad truth is that guns and enraged warriors won't benearly as powerful at the beginning of TBC as they were at the end of Classic. Arms warriors may get raid invites faster due to the power of their blood skills, but rage warriors will have a hard time adapting to the new world order. They'll still be able to do incredible damage, but their reliance on gear and lack of significant raid tools make it difficult for them to outsmart many other options.