Something Need to Know about The Elder Scrolls Online: Blackwood

There is something for everyone in the Blackwood chapter of The Elder Scrolls Online.

Is Blackwood worth a visit? I agree. After flying through the next chapter with Lambert, I jumped at the chance and played it myself. While I don't want to solve the whole mystery before the game is released, I have enough experience that I want to see the end of the chain when Blackwood is released on June 1 (June 8 for consoles).

The next chapter is not only an MMO version of The Elder Scrolls 4: Oblivion, but also another massive expansion for ESO. It's both, as well as a perfect riff on Leyawiin, Gideon and Deadlands, and finally, with the help of a new Companion system here offers a more user-friendly single player experience.

Expect to learn about the Companion system from lead systems designer Phil Draven and the principal conceiver of the contents Janet Priblo. They will focus on two Companions that are making their debut in Elder Scrolls Online. If you're not familiar with the Companion system, we have a recap of the Blackwood event.

Basically, you can take companions just about anywhere outside of PvP and solo arenas. They will start at level 1 and gain new skills as they evolve. Chaqueranti will have their own likes and dislikes. In addition, they will react to your actions, such as stealing from NPCs. 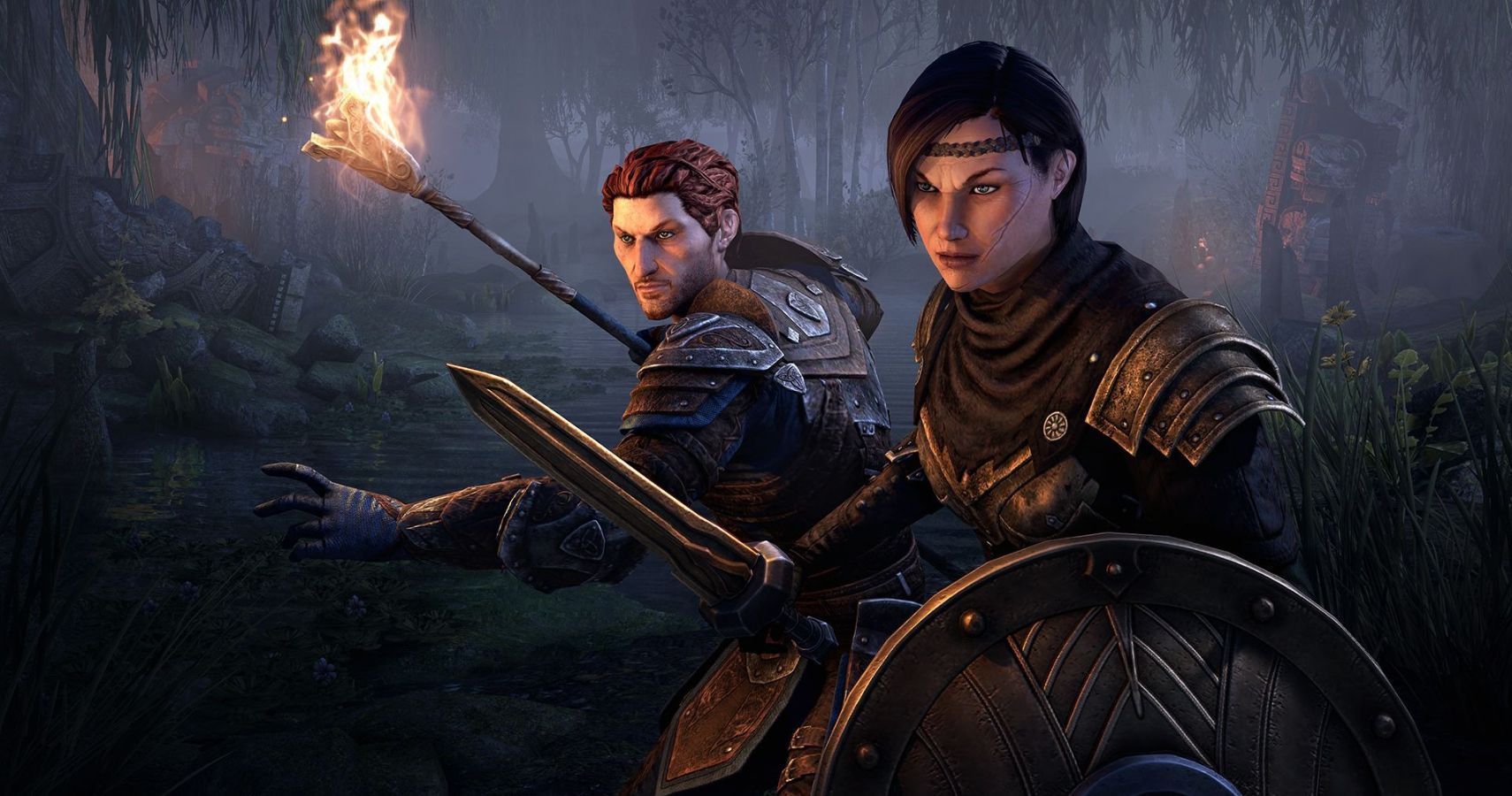 You can place their skills in their own action bars, here if it involves similar to the priority system. The companions will include their own gear and equipment in addition to specific combat behaviors. You can actually define these combat behaviors. But that's the extent of what we know so far. We'll have to listen to the live stream to find out. The twitch feature will be enabled in the live stream if you want it.

Visually, Blackwood is probably the best looking chapter to date. The still looks like ESO, but there is a lot of diversity between the swampy and partially flooded areas of the north and the healthier valleys that lie between the sunken ruins and the old buildings of the south. Leyawiin hasn't been seen since TES4 in 2006 and Gideon hasn't been seen since Elder Scrolls: Arena in 1994, so their ESO counterparts look great in comparison.

The impressive pluses east Wasteland. Mehrunes Dagon's influence in Oblivion extended to Blackwood, and every square inch I saw was vibrant, dangerous and softly beautiful. It's not all fire and brimstone. Some parts are dark, imposing corridors of Gothic architecture, others are violent scenes in the open air, and that alien-like blue-green pink sunset makes you ignore the views, which you can only see in extreme weather. Lambert says we'll see more of Dagon's domain in later expansions, but the Blackwood section is worth a look.

Another feature I'm looking forward to is the endeavor system. Endeavor is a daily and weekly quest system that works in the background; players don't have to follow or turn anything in to complete the quests. There are currently over 60 different activities, and upon completion of each one, you will receive a valuable currency that allows you to purchase items directly from the crown box that would normally cost real money. Lambert says, "For me, this is really exciting because for the first time in ESO, you can get crate items and crate cosmetics through in-game activities and you don't have to spend money to get them. " 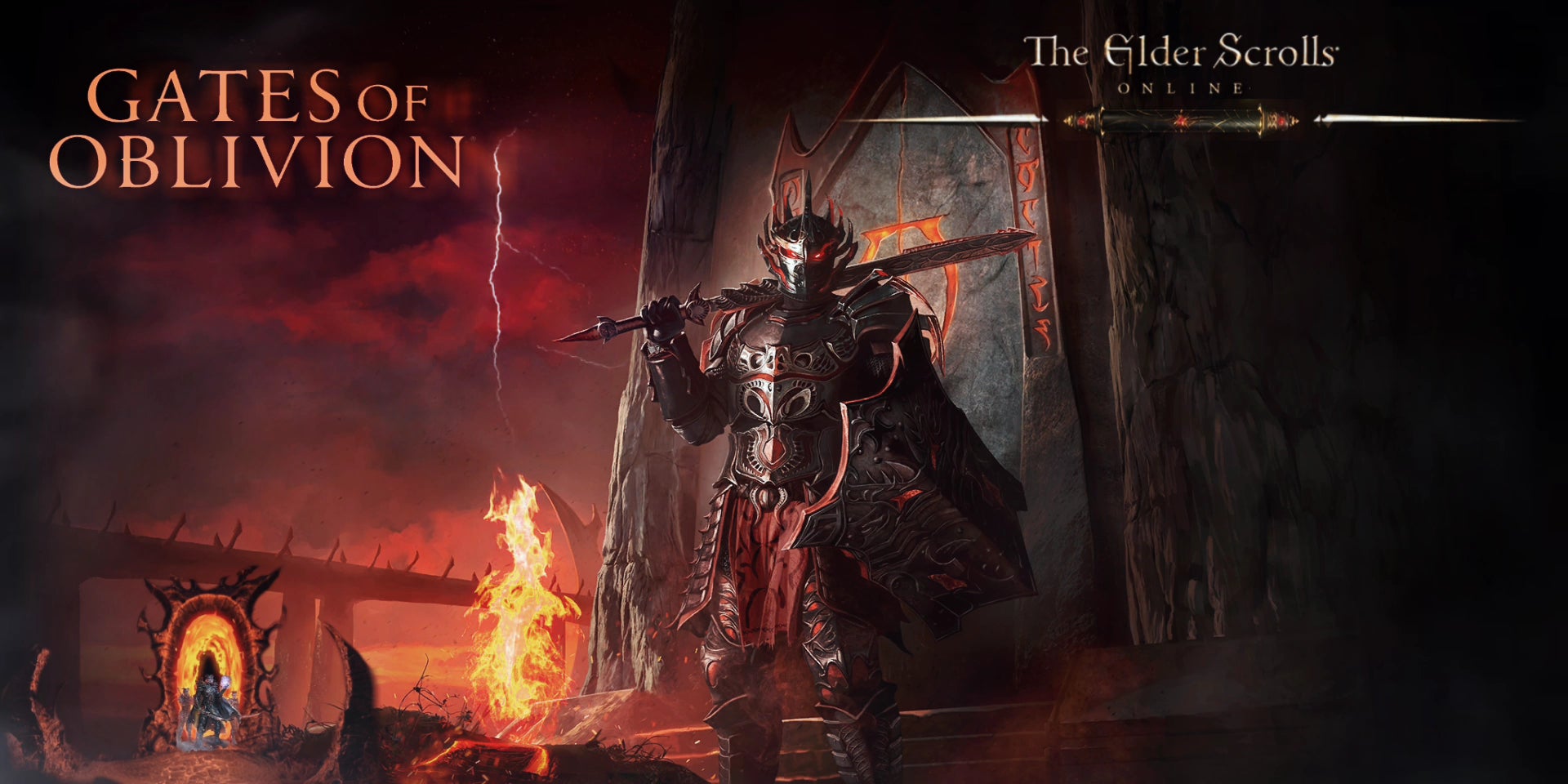 Other quality of life improvements include the addition of an ability timer (you no longer need to use a mod), the ability to combine perfect and imperfect eso items in a set (the set's rewards won't be perfect unless you perfect all five perfect contraptions), and an update to the voice chat to make it more reliable.

If all this talk about Oblivion Gate and Mehrunes Dagon has left you with fond memories of Oblivion, you're not alone. Lambert shared, "Oblivion was the first game I worked on at Bethesda when I joined the company." "So it's like a full circle for me, and it's very exciting for me . "