Preview of World of Warcraft: Shadowlands

World of Warcraft changes with every expansion. All equipment earned by a player is immediately overhauled, all powers change and there are new systems for navigating. There's one word that keeps coming up when Blizzard talks about Shadowlands: choice. Blizzard is eager to return to the RPG part of MMORPG, and that affects every bit of the next major expansion of World of Warcraft.

What can a World of Warcraft he do after the Battle for Azeroth? Wait for the eighth expansion of the MMORPG Shadowlands, an epic expansion that opens the gates to the realm of the dead and allows players to see everything it has to offer.

World of Warcraft: Shadowlands is slated to be released later in 2020 and a beta is slated to begin next week. This new expansion, which is the eighth of World of Warcraft, will take place in Warcraft's version of the afterlife. It has five new zones, an "ever-changing dungeon", the tower of the damned, and more.

While the new expansion was announced in November 2019, Blizzard Entertainment has not announced a fixed release date. Unfortunately, this continues to be the case, but in the latest Devs update, they committed to a release in autumn 2020, even if they have to send it themselves from home.

There will be many changes in Shadowlands. As we know, if players want to change their gender in World of Warcraft, they would have to buy the $ 15 USD Appearance Change from the Blizzard Store. But for World of Warcraft: Shadowlands, Blizzard will cut that fee completely.

Executive producer John Hight explained the decision and how players can now change their gender for free in a barber shop in Shadowlands. It may be good news for WoW fans.

John Hight also shares details about Shadowlands, the upcoming expansion, and provides insight into some of the latest content currently under development.

The veil between life and death is no longer.

With a single act of destruction, Sylvanas Windrunner opened the way to the afterlife. Azeroth's staunchest defenders were drawn into the all-consuming darkness. An ancient death force threatens to break its ties and unravel reality.

Hidden areas of wonder and horror await anyone who would go to the other side. The shadow country is home to a whole empire of the deceased; It is a world between worlds whose delicate balance preserves life and death itself.

As one of Azeroth's greatest champions, you have the strength to move with body and soul. Now you need to investigate a conspiracy to decipher the cosmos and help Warcraft legends return home ... or fulfill their ultimate destiny. 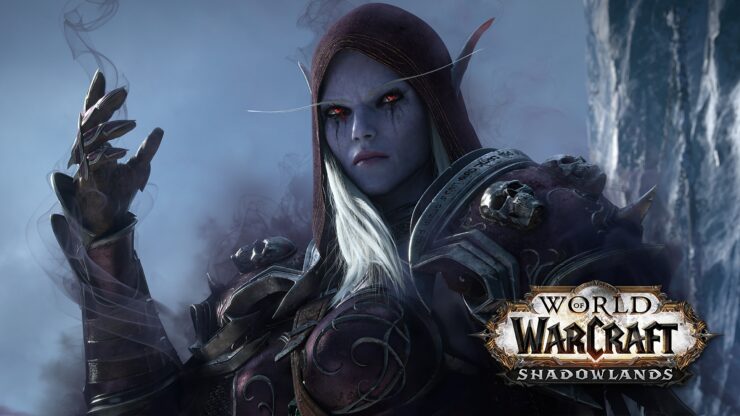 Shadowlands offers more choices than previous enhancements, and these choices have immediate consequences. Pick a covenant and you will face a unique set of skills that cannot be changed. The players then have to upgrade their companions and choose their skills. The Covenant campaign gives players the impression that they are actively changing the world based on their decisions.

Hopefully we'll get a new look at the expansion soon, and G4mmo will still be here, providing safe and cheap wow gold for you!