Something about Patch 5.4 of Final Fantasy XIV: Shadowbringers

Patch 5.4 is the fourth major release update for Final Fantasy XIV: Shadowbringer, which includes a continuation of the main story quest line, the promise of a new raid on Eden, a new relic ofthe dungeon Matoya, a new trial of Castrum Marinum and a contains continuation of The Sorrow of Werlyt Chronicles of a New Era questline. 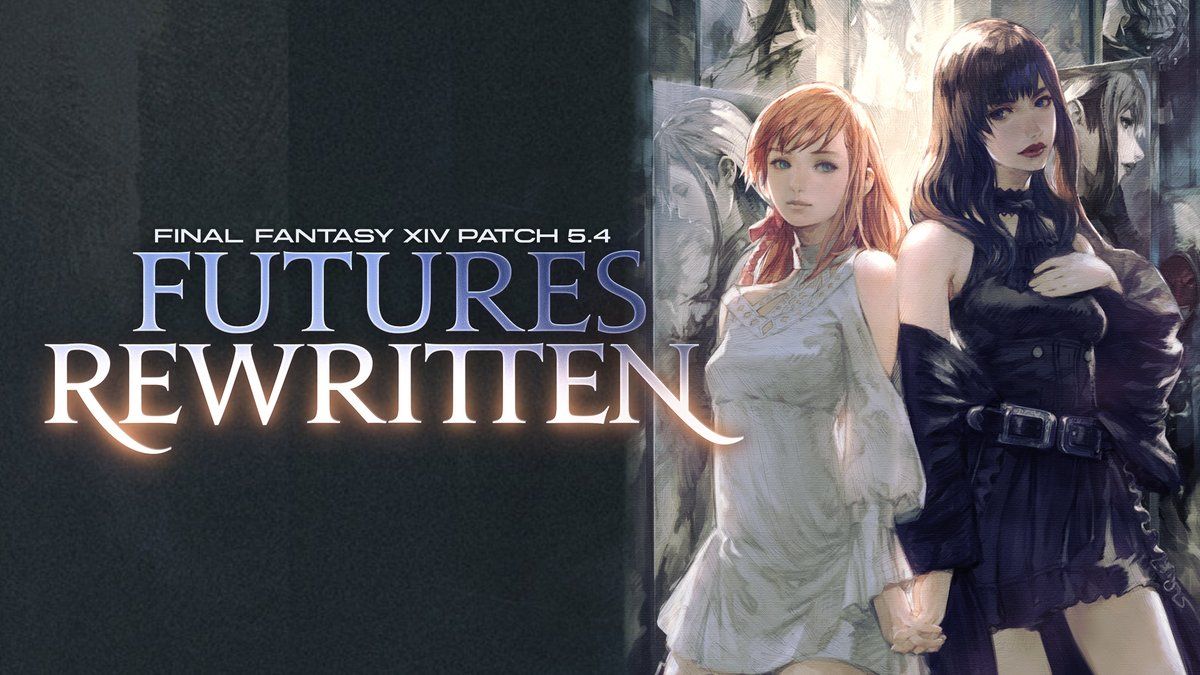 With new advances in story, raids, dungeons and the charming catboy hijinks galore, this update provides a nice and light-hearted distraction from a frustrating state of the world and the endless discussion about certain other games.

The latest updates bring a number of significant changes to the world of Final Fantasy XIV, benefiting both veterans and new players. In particular, the last patch, Reflections in Crystal (and the first since the ongoing coronavirus pandemic), changes a large part of the base game while offering the best story of any of the franchise games. But if reflections is the grand finale of the Shadowbringer saga, Futures Rewritten will be the quiet beginning of a new chapter.

When the theme of Futures Rewrittenis unified, it argues with fellow players. With the new Explore Mode feature, players can enter their favorite Shadowbringer dungeon (without all the enemies), which is perfect for a charming walk through the middle of a burning village, a fun photo op, or a dance party. There is also a new dungeon treasure, the Shifting Believers of Lyhe Ghiah, where you and your party can test your luck and courage against ridiculous fairy enemies to buy rare items.

The new story content plays through the main scenario as well as new missions from the Eden Raid series. The last patch ended with the hopeful conclusion of The Seventh Dawn's Catch, where they not only saved The First once again by defeating the last unbroken Assyrian Elidibus, but finally returned safely to their home The Source. But now we have a new member of the band of heroes, the former messianic Crystal Cowboy turned common cowboy G'raha Tia, and this chapter is indeed his time to shine.

While Reflections in Crystal is full of spectrum warriors, false prophets fighting for the fate of the world, Futures Rewritten reads like a sitcom about you and your friends just running your errands. While the core of the story involves our heroes using downtime to find a cure for those brainwashed by the Primal Calling, it's mostly a series of strange adventures with G'raha Tia as the star of the show. Considering G'raha Tia's involvement in the new dungeon and the main animation of the Quest overworld, he seems to become a central character. Finally, we also see the new raid leader in the Eden series, which will conclude the raid story between Ryan and G'raha. 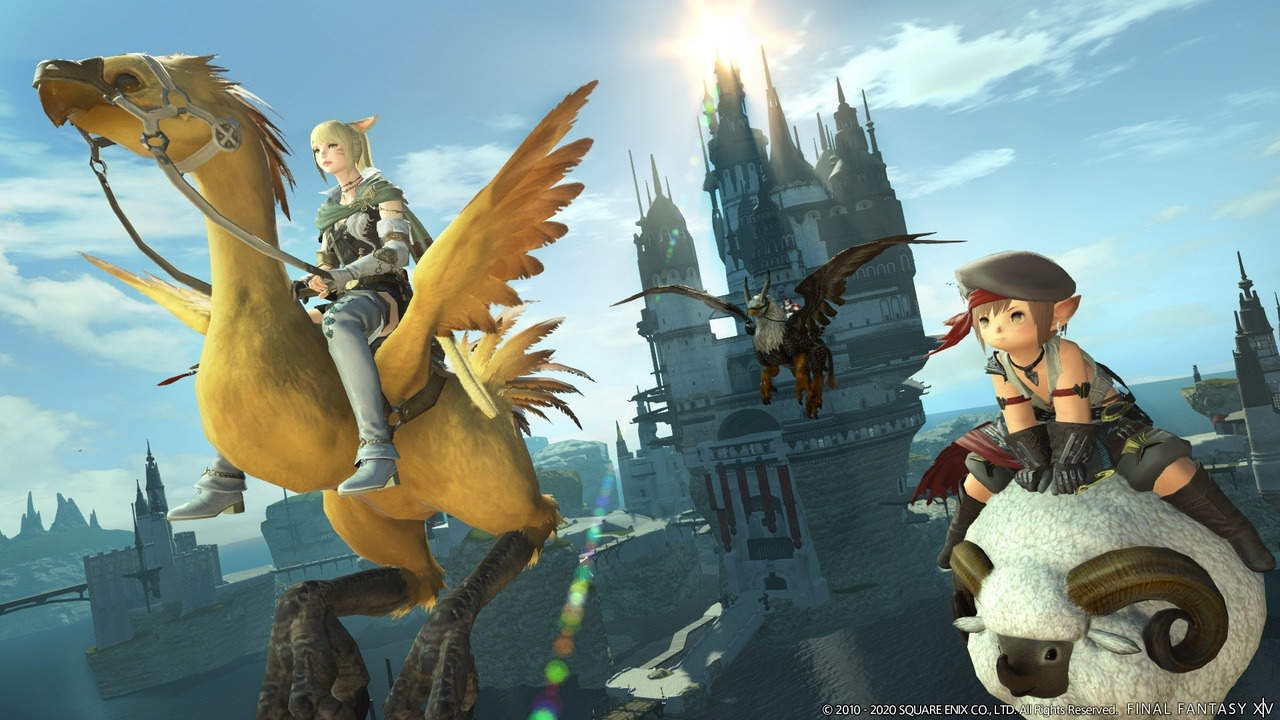 Keep in mind that FFXIV: Shadowbringers spoilers and the latest 5.3 storyline are part of the trailer, which includes details about the trailer and the new main story.

The trailer starts with a voice line of the new main villain, Fandaniel, and shows the upcoming boss type Primal. Next, you'll see all the members of the main cast - the Seventh Dawn pick-up Spike - added back into the mix with Lethal, showing that most of the Galin Empire's capital has been destroyed. Along with footage of the new overworld animation in the Sorrow of Werlyt side quest, lines are shown with the Emerald Weapon (the new trial leader fighting within the quest series) and from Nero to Cid talking about his technical expertise on the ancient Allagans. There is also a tease of the latest instanced dungeon that comes with the main story quest, as you can see members of the Scions such as G'raha Tia, Alisaie, and Y'shtola fighting alongside each other against a boss. The older Master Matoya makes another appearance, too, which will play into that new dungeon called Matoya's Relict. More content for the Bozjan Southern Front was shown in thetrailer as well.

More importantly, the main story seems to have mysterious towers supporting glowing red energy on Eorzea - they appear in two separate areas of the map, La Noscea and Gyr Abania. Merlwyb seems to be directly involved and even fights alongside you at some point, although another villain, Ascian, appears for reasons yet to be revealed.

Futures Rewrite includes powerful updates and new content for all types of players on PC, Mac, PlayStation 4systems and PlayStation 5 systems through backwards compatibility. New players can try the expansion for free, which now includes all content from the A Realm Reborn and Heavensward expansions. For more information on the patch, check out Square Enix. 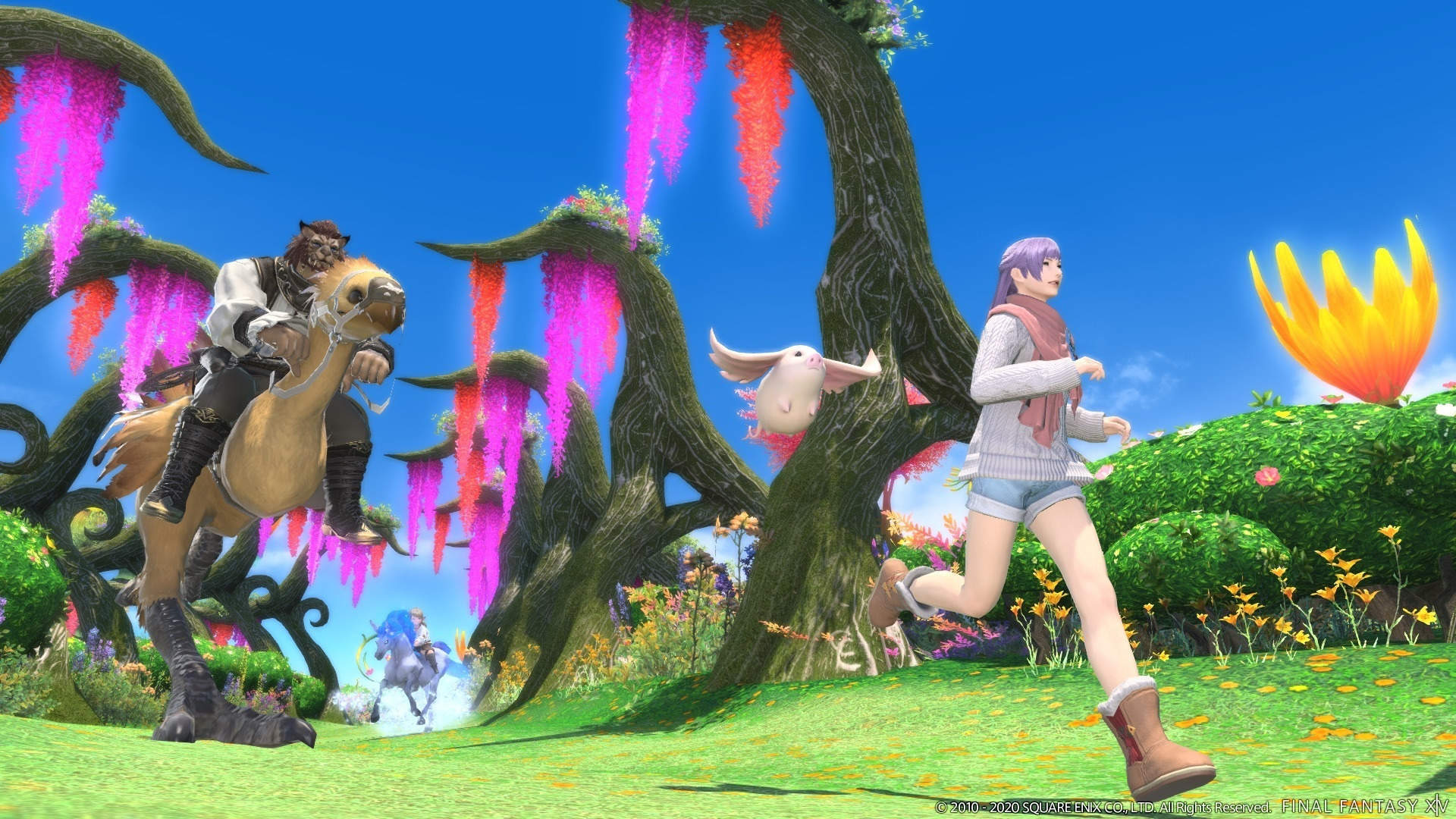 With a wealth of new content in Final Fantasy XIV Online, there's no better time than now to try out the groundbreaking MMORPG. The game's free trial has been expanded with content leading up to the Heavensward expansion period, where players can create up to eight playable characters and experience different playable races without being limited by playtime, professions, and occupations. So what are your waiting for?