The Elder Scrolls Online continues to grow: The Greymoor expansion pack will be released on May 18th for PC and Mac players and on June 2nd for PS4 and Xbox players. 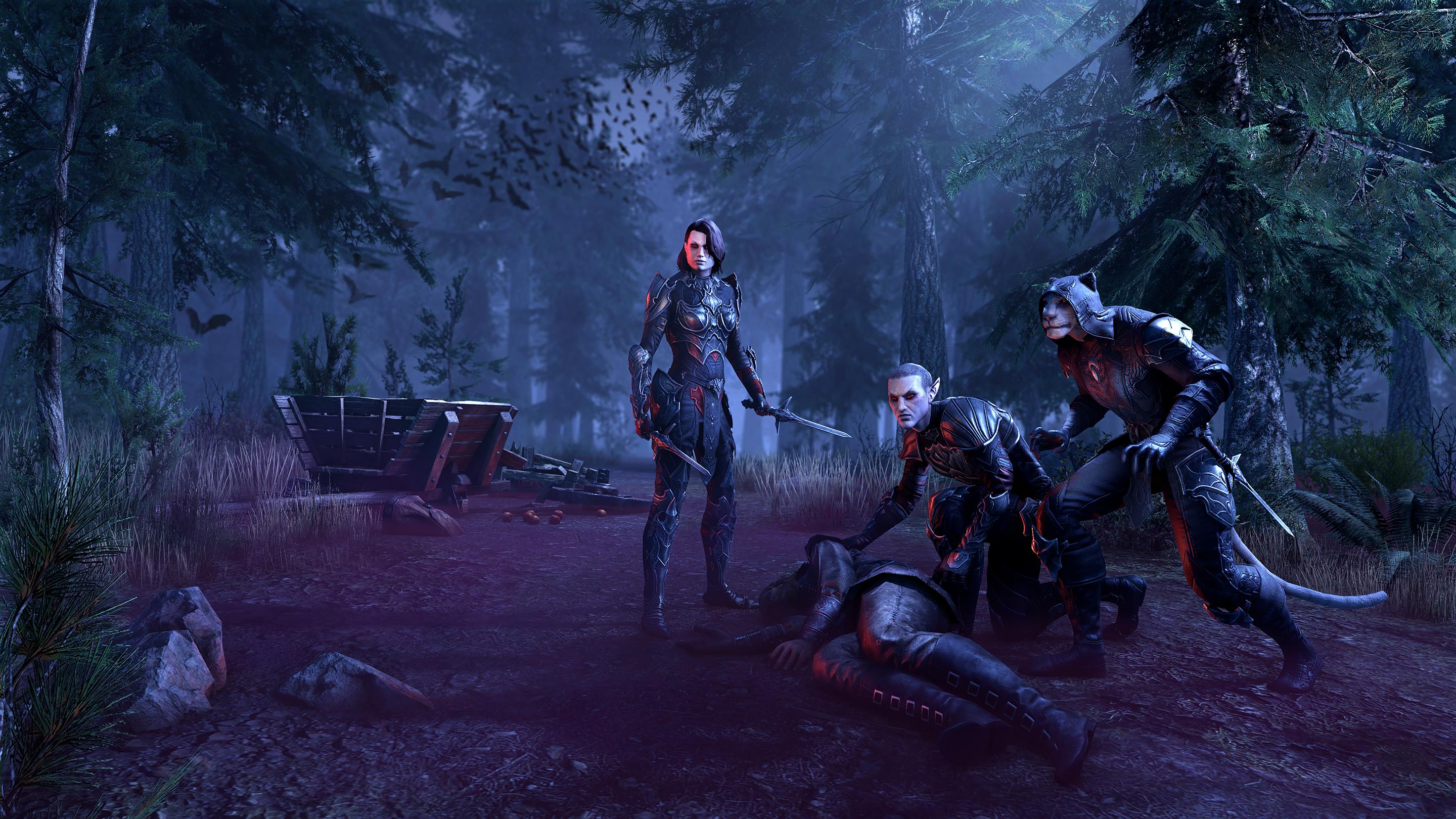 With a lot of talk about vampires leading up to the expansion, you may be wondering how you can become one yourself - and why you should. There are very useful information on how to do this. The article below will attempt to detail how to become a vampire, as well as a map of the location of blood demons generation and a detailed explanation of the pros and cons of becoming a blood-sucking monster.

Why do you become a Vampire?

Vampirism is just another aspect of the ESO RPG sandbox that offers something completely different - the need to feed yourself.

You may have to feast with unsuspecting citizens to stay strong, but it's well worth it. You can create flocks of bats that will suck the life essence from your opponents, dissolve into mist, and increase your recovery and damage output. Also, you can check more about the abilities of ESO's new vampire.

Vampires take additional damage from fire, so Dark Elf (Dunmer) is one of the good options to choose from. Dark Elves add flame resistance so the extra damage you take as a vampire from fire is reduced. The second option is the Breton, who gains additional spell resistance in his racial passive, so overall it reduces the damage you take from any source of magic.With that said, no matter what race you play, you can use vampires. As long as you keep the associated drawbacks in mind and factor them into your decision-making process, you will be fine with most content.

How To Become a Vampire in ESO

All vampires require a condition known as Vampirism. Vampire bites can be used to gain vampirism(however, be aware that some older vampire bites will not turn you into a vampire). There are also blood devils that spawnin specific locations - make note of where - that will give you this condition.They spawn in Bangkorai, Reaper's March, and Rift (see the map below forrespawn locations). These creatures spawn at levels 37-44 and during the night. Once one is killed, you'll have to wait until another night for the blood demonto reappear. However, there is some debate about the true respawn time. Somesay that it is actually 1.5 days and that the time is controlled by the phases of the moon. 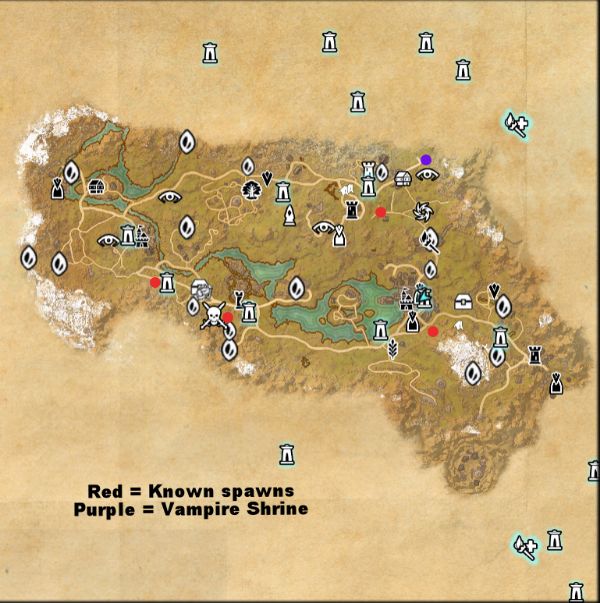 After obtaining the vampire, you will need to go to a Wayshrine to start the Scion of the Blood Matron quest. This is a level 38 quest. Upon completion, you will eventually be given the Vampire skill line - Welcome to the Dark Skill line!

The Blood Ritual allows players who already have a Vampire totransfer it to other players. There is a catch, however - you can onlydistribute it once a week. Blood Ritual is a passive skill in the Vampire skillline. All you need to do is visit the Vampire Altar during the Blood Matronquest (a picture of the altar can be found below, as well as its location inBangkorai).

So there you have it! Playing as a vampire is fun, but itpresents a unique challenge.

You can completely cure vampirism. All you have to do is go to the same NPC who started the vampire quest and he will tell you that instead of going to the Vampire matron, you can visit the priest of Arkay in a nearby town and he will make the disease for you remove certain price. 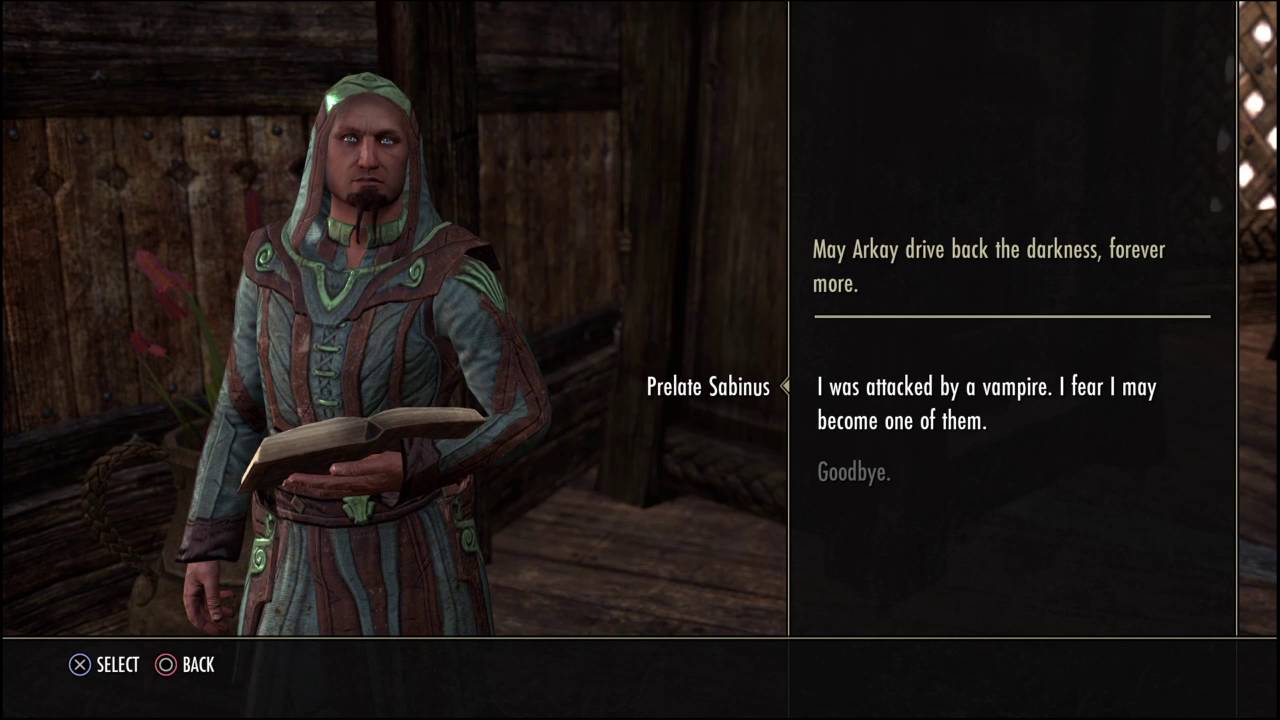 You can check out Vampire Skills and their effects in the Skill Calculator In the WORLD skill line section. There are only two active spells and one super cool Ultimate. An active spell will knock the target unconscious and drain life energy from them while replenishing your life energy (andstamina). The other makes you immune to control magic and offers 75% evasion(at the cost of reduced in-depth healing). I would be lying if I said it wasn'tcool to be a vampire. There are downsides, and it might not be an option for hardcore gamers (especially in PvP), but the cool effects are so great that I recommend everyone to try it at least once in their Elder Scrolls online adventures.

Are you a vampire? Hope you found this guide on how to become avampire in ESO useful. Share your thoughts and opinions with us and following G4mmo on Facebook to know more useful MMORPG guides and news.