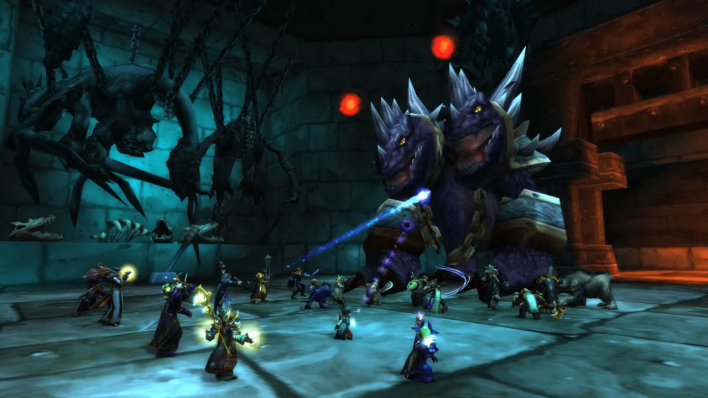 While some people think they are ruining World of Warcraft's authenticity, for others it is what makes the game playable in the first place. Addons don't seem like a contentious issue, but we're going to solve it in 2021 for you.

Addons are custom extensions or modules for World of Warcraft. They change existing game elements or add useful functions to improve the gaming experience all round. This can be almost anything: from improving the map to adding a built-in damage indicator to overlaying a Tetris game right in World of Warcraft.

Much like Classic, The Burning Crusade is also fairly barebones and essentials-only, lacking player-favored tools like in-built quest helpers, dungeon maps, and more. Fortunately, there are addons to add more content. Here's how to add them to the game, along with a list of the main ones.

In this guide, we will examine the focus areas. From quests and maps to professions and interfaces, and almost everything in between. We will focus on one main option with a few details, offering at least one choice.

How to install WoW Addons

Actually, installing addons in World of Warcraft games is not that difficult. There are two main ways to implement it.

The first option is to install the WoW add-on tool (e.g. CurseForge), then simply download the program and use it to install the add-ons directly into the WoW TBC Classic folder.

Alternatively, you can use the old fashioned method. Go to a WoW addons page (e.g.legacy-wow), download your plugin and paste it into your WoW addons folder. Find your WoW Classic addons folder under.

Navigate to World of Warcraft Classic.

There are many amazing addons for World of Warcraft and they fit to fill just about every need you could have in the game. Here are some of the most important ones to have: 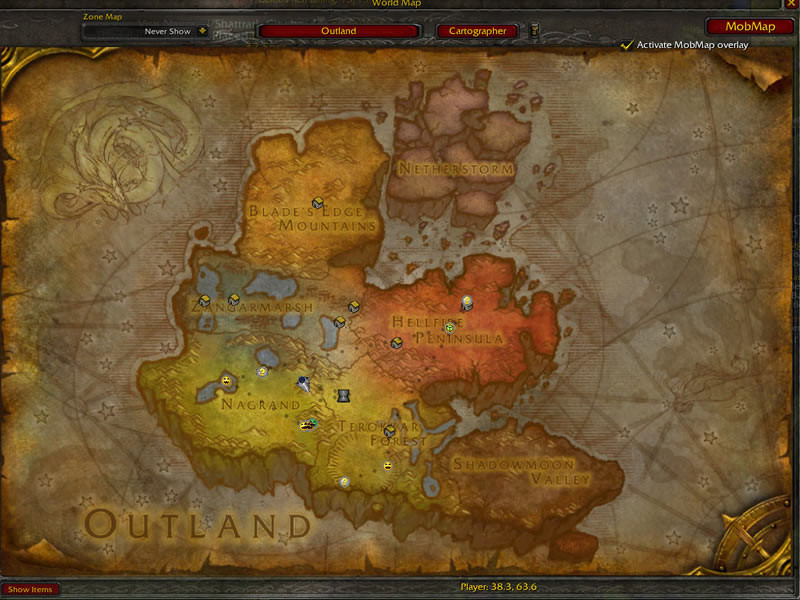 Let's start with the list, one of the most important add-ons is definitely Quest Helper, a feature that is still missing in TBC Classic. This means that finding and completing quests can be a chore, and in some cases the quest text just doesn't help in the game.

Imagine this: Classic Loads is ready to embark on your first great adventure. You have a conversation with the quest giver, who sends you to kill some Kobolds. However, you are not 100% sure what the north looks like or what the cave looks like. This is a quick way to check the general location on the map and maybe find some bullet points to see where to go. But wait ... there is nothing, youare alone and there is no guide.

Fortunately, Questie has your back and is there for a great day(don't worry, even if you don't read the quests, you'll run into a ton of bugs with Questie too).However, by giving you some of the features that are missing from the card, Questie gives you many of the features that retailers lack. Questie is imperfect and may not work with some of the other accessories (see them onAzeroth Auto Pilot) and can be misleading at times.

Another very important add-on category is the user interface. There's nothing wrong with Blizzard's classic interface, but it can be made better. Here are two recommended plugins. pfUI is a more advanced option that allows you to completely redesign the entire game interface to your liking.

Meanwhile, Bartender is an easy option that just focuses on the action bar. One of the biggest problems with World of Warcraft is that you run out of space for the action bar and you end up using the odd vertical bar at the edge of the screen. Both of these addons allow you to redesign, pfUI goes beyond that.

The Atlas Loot is an essential addon for anyone who dreams of all those shiny purple items from the attack. We can strive for the future and proclaim "I will wear this hat". While Atlas Loot won't improve your drop rate, it can help you prioritize which dungeons to head to. If you're a tank it can even help you avoid bosses who won't drop tank loot because you're a tank and people have todo what they say.

The addon is also not only suitable for dungeons. It will list loot for all factions, crafting, PvP, and all team levels. It is also not a replacement for Atlas Loot. In all honesty, it is exactly that. It does exactly what it says on the can.

We grouped these two parts together because it's a case where one add-on does both of these things at the same time. For years in detail! has gone beyond the competition of damage meters, which is great because that's what add-ons are for. Add-ons like Recount used to be the most popular, but after they were nolonger supported in stores, Details! prevailed. With the release of Classic has details! dared to take the step and has become an integral part of the scene. 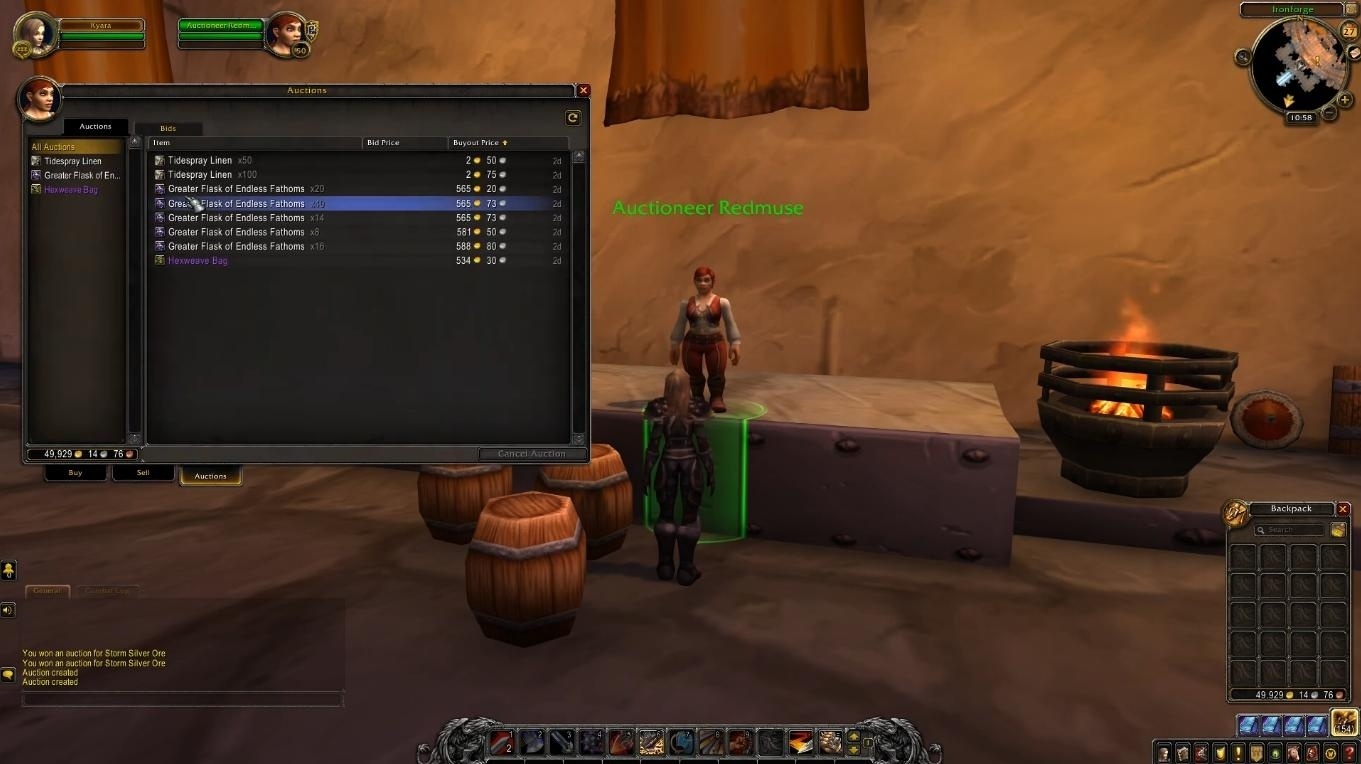 Frankly, the auction house in Classic TBC is a complete mess. The layout was clunky atbest, each item took up a lot of space, and the auctions were difficult to sort.

Auctioneer has completely redesigned the auction house to create a fluid and easy-to-use layout. It compresses items so you can easily compare dozens at a time, and lets you sort by price range, from purchases to bids to the best  price, regardless of the batch size. This is aquality of life tool that will make it easier for you to use the auction house.

Auctionator is another popular add-on that makes the clunky auction house in Classic more useful. Auction's standard user interface ...... is not ideal, and Classic is a challenge if you are used to the now-improved retail version. Auctionator is a great solution for this, which allows you to quickly list auctions and keep track of the historical data.

A simple Alt + left click places your item or stacks it in the left window and scans for other items in the auction house. You can also search for items, instead of listing them, you can buy them (the big box below). It's not perfect, and the plugin is a fan-edit of the retail version, but as long as it's still supported, it's very useful.

Last but not least, there's the bag Extension add-on, and our pick is Bagnon. This is avery simple add-on that does a very simple job - to group all of your bags into one.

Again,this is a purely quality of life add-on, but a very popular add-on. Instead of going through five different windows, you can group all of your luggage in one window, making it easier to sort your luggage. It also stores data between characters, which means you can easily find out how much TBC classic gold your alternatives have, or if they have certain items without having to pick them up again.